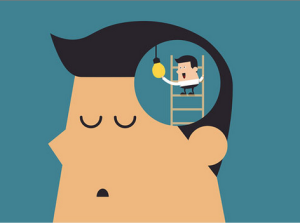 In our first installment, you got a peek of sleep’s benefits to boost creativity. Check out how sleep can help you with your next successful campaign and creative!

Although not a direct creativity booster, a boost in happiness levels generally makes people more creative in that it motivates creative self-expression. And as it turns out, you needn’t look further from your pillow to find the silver bullet, or happy pill, of happiness. The effect of sleep on happiness is even greater than that of money!

In The Way We’re Working Isn’t Working: The Four Forgotten Needs that Energize Great Performance, President and CEO of The Energy Project, Tony Schwartz, dedicates an entire chapter to the importance of sleep and happiness. One of the studies the book highlights, done at the University of Michigan, found that sleep had a more significant effect on a person’s state of mind than earning more money. Yet another study published in the professional journal Science supported this finding. The Science study’s authors concluded, “Large increases of real income in the developed world over the past 50 years have yielded no change in reported life satisfaction. [On the other hand,] differences in reported sleep quality are associated with a very large difference in reported enjoyment.”

More than Just a Rat in a Cage: Sleep and memory

Did you know that lab mice dream about mazes? You’re probably wondering where I’m going with this? (Pun intended.) Well, it turns out that only after a good night’s sleep can lab mice actually figure out how to get around obstacles in a maze. It turns out it’s the same with people. I guess the Smashing Pumpkins were right after all…about the “rat in a cage” part. But save the angst, this is good news – sleep improves memory and learning.

Author Tony Schwartz notes that learning actually takes place during sleep. He notes, “Although the acquisition of knowledge occurs only during waking life, there is evidence that we process, consolidate and stabilize memory during sleep…[During sleep,] we appear to process and consolidate fact-based information, such as a new language or the capital of a state.”

If you don’t think memory is important in creativity, just consider that, as noted by author Vera John-Steiner in her book Notebooks of the Mind Explorations of Thinking, some of history’s best-known creatives such as Mozart, claimed to turn to memory to create their many Magnum opi. Mozart called his muse his “bag of memories” – a collection of experiences from which he gleaned inspiration for his musical pieces. Swedish filmmaker Ingmar Bergman equaled the creative flow state to “plunging into the deepest roots down into the world of childhood memories.”

In fact, John-Steiner emphasizes the importance of sleep in helping creatives craft ideas from seemingly unrelated things, what she calls combinatorial creativity. She writes (quite creatively, by the way):

Among the invisible tools of creative individuals is their ability to hold on to the specific texture of their past. Their skill is akin to that of a rural family who lives through the winter on food stored in their root cellar… The creative use of one’s past, however, requires a memory that is both powerful and selective. 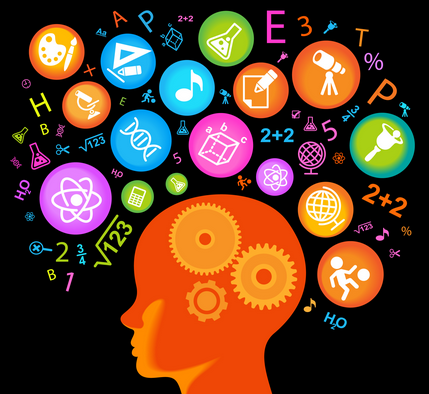 In the creative field, we are constantly learning what works, and what doesn’t, and staying abreast of the latest trends in marketing and branding to create more effective campaigns. Whether you’re learning from the past, learning from your mistakes or learning from the pros, if you’d just learn to turn in earlier for some z’s, you’d be a whole lot smarter.

According to the National Institute of Health, sleep is key to boosting our smarts. Dr. Matthew Walker, a sleep scientist at the University of California, Berkeley, says, “We’ve learned that sleep before learning not only helps you prepare your brain for initial formation of memories, but that sleep is essential to help save and cement that new information into the architecture of the brain, meaning that you’re less likely to forget it.”

Dr. Walker explains, “While you snooze, your brain cycles through different phases of sleep, including light sleep, deep sleep, and rapid eye movement (REM) sleep, when dreaming often occurs. The cycles repeat about every 90 minutes. The non-REM stages of sleep seem to prime the brain for good learning the next day. If you haven’t slept, your ability to learn new things could drop by up to 40%.”

It may seem counterintuitive in a culture that’s driven by coffee-fueled long hours to suggest logging in some downtime, but as we’ve learned, sleep isn’t downtime. It’s when we get smarter, happier, and more creative. So next time you’re struck by writer’s block, artist block, or whatever you choose to call your creativity drought, spend some time under the sheets. Your clients will thank you for it!

We're excited to announce that Peak Seven has expanded to Denver, Colorado with the acquisition of Bigfoot Web!